IKBFU has developed 11 tourist quests about maritime heritage and amber 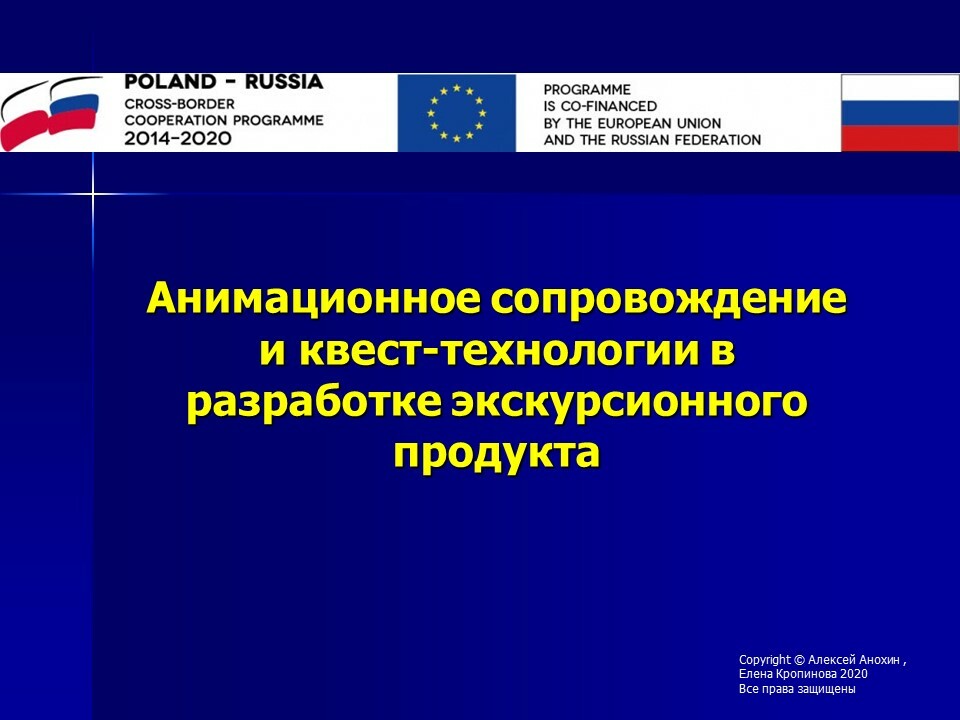 On the basis of the IKBFU a presentation of new tourism products for the Kaliningrad region, developed within the framework of international master classes, took place on March 3, 2021. 60 students of the course, including well-known and novice guides of the region, developed 11 quests for three months, which will turn familiar facts and figures about the maritime history of the region into an exciting adventure. The target audience of the quests is children and adults, city guests and local residents.

For example, the quest route "There will be a sea fleet!" will immerse the participants in the history of the navy within the walls of the Friedrichsburg Gate. A small lecture, which starts the route, will help to solve riddles and consolidate knowledge, says one of the authors of the product, the general director of the travel company "Svena-tour", a professional guide Tatiana Udovenko:

“The sphere of tourism and hospitality is actively developing, and we must keep up with it or even get ahead of it. Therefore, the new format for us, like quests, will soon occupy a serious position in the travel industry. Such a phenomenon as questology is seriously studied already in many countries. We must have time to catch this trend in order to show our region in its brightest colors".

The course participants managed to create quests that are unlike each other. The authors focused not only on history, but also on teaching maritime craft, using ingenuity and logic to solve mysteries for the release of prisoners. In addition, the players of the quest will be able to immerse themselves in a love story following the footsteps of the Titanic at the facilities of the Museum of the World Ocean.
The students of the IKBFU did not stand aside either. I. Kant. They managed to create a quest for children "Become a Knight!", Which complements the main excursion.

“During the excursion, children will be offered to look for special tags with a QR code, by which they can receive a task. This will diversify the usual excursion and will help to remember more interesting things about the objects of the Museum of the World Ocean, ”said a student of the educational program“ Land Management and Cadastres ”of the IKBFU Egor Popov.

Ideas for quests were heard by Deputy Minister of Culture and Tourism of the region Denis Mironyuk, Chairman of the Association of Tourism Industry Enterprises of the Kaliningrad Region Svetlana Slepenok, Head of the Department of Tourism and Excursions of the Museum of the World Ocean Marina Nikolenko. The experts noted that the projects are important for the development of the tourist potential of Kaliningrad and declared their readiness to actively introduce quests on the basis of cultural institutions of the region.

All students of the course were presented with certificates of advanced training and certificates for participation in master classes.

International master classes were held within the framework of the international project “Two ships – Common sea. Soldek & Vityaz: Maritime Heritage of Poland and Russia" of the Poland-Russia Cross-Border Cooperation Program 2014-2020. The quest topics are related to the objects of the region's maritime heritage and amber, as one of the main attractive minerals of Kaliningrad and Polish Gdansk. The main partner of the project is the Museum of the World Ocean.


This web page has been created and is maintained with the financial support of the European Union and the Russian Federation as part of the Poland-Russia Cross-Border Cooperation Program 2014–2020. Its content is the sole responsibility of the Immanuel Kant Baltic Federal University, cannot be considered as containing the official position of the Russian Federation on any issue, and under no circumstances can be considered as a reflection of the position of the European Union, the Governing Body or the Joint Technical Secretariat of the Cross-Border Cooperation Program Russia-Poland 2014-2020.